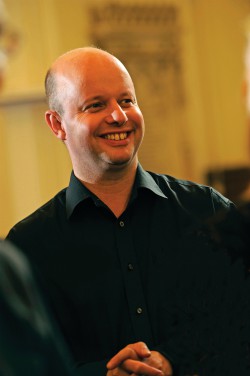 Bristol’s most anticipated musical event will be hosted in the English city’s historic cathedral. Taking place Wednesday June 21st, the annual High Sheriff of Bristol’s Concert – a fundraiser for the High Sheriff’s Fund and for Bristol Cathedral Trust – has a distinctly seafaring theme, a nod to the High Sheriff’s British and Norwegian roots. Highlights include performances by the Brandon Hill Chamber Orchestra and the Exultate Singers, along with numerous young performers from area schools.

“From an early age I was always very aware of my family’s strong links with the sea both in Britain and in Norway,” says Anthony Brown, High Sheriff of Bristol. “As High Sheriff it seemed very important to bring a flavour of the sea to this concert and I hope that the following story, although necessarily brief, will bring back happy memories to some and stimulate interest for those who have more recently arrived in Bristol.”

Things kick off at Bristol Cathedral – one of the country’s most impressive concert venues, and famous for its recent role in the TV production of Wolf Hall (it stood in for London’s Westminster Abbey) – with the world premiere of Towards the New World, a piece commissioned for the occasion from composer David Ogden and performed by the Brandon Hill Chamber Orchestra. This is followed in the second half of the program by other great music including:

For further details of this exciting Bristol Cathedral concert, visit www.bristol–cathedral.co.uk/whats-on or telephone 0117– 946–8184.