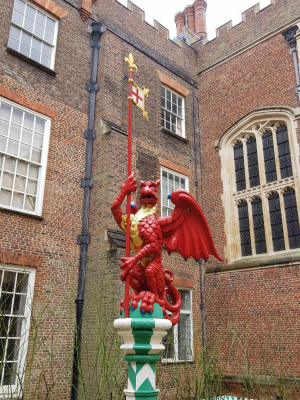 Be sure to explore the grounds

I have to date reviewed quite a few luxurious places as a Contributor with Luxury Globe Media, but I think it is hard to beat the luxury of a literal palace.

Nestled in Hampton at the edge of the borough of Richmond-upon-Thames in London, England, Hampton Court Palace has a commanding location on the Thames and is easily reachable via a direct train from London Waterloo. Initially it was the personal palace of Cardinal Wolsey before it was seized by King Henry VIII, and is one of only two palaces belonging to the King that survives to this day (the other is St James’s Palace).

Exploring the Grounds of Hampton Palace

The grounds of Hampton Court Palace are home to seven different gardens and a maze. Featuring 60 acres of beautiful gardens and 750 acres of parkland, it is easy to spend an entire day just exploring the grounds of the palace. A few gardens of note are:

The Palace Through the Ages

Personally, I feel the best way to tour the inside of the palace is in chronological order:

This way, you can see how the palace has changed over time from the personal palace of Cardinal Wolsey to its use by Henry VIII and through to Georgian times. Each of these sections are self-contained tours so it is easy to take some time out to enjoy the gardens. 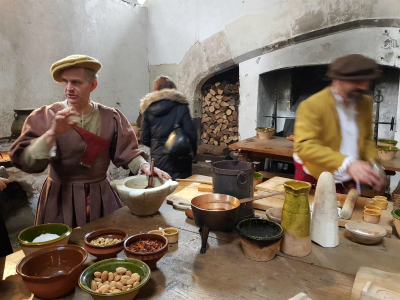 A highlight of a visit is the working kitchen

During your visit, actors help to immerse you in palace life. The Tudor Kitchen is an excellent example with its roaring fires and food prepared by servants and chefs. The actors are free to answer questions about their character’s lives and duties to inquisitive visitors. Up until the 2nd of September, there are also expert talks on the history of royal food.

Henry the VIII himself holds court upstairs with one of his many wives and his Lord Chancellor. Here, visitors can petition the Lord Chancellor and the King himself to answer questions about court life. But be careful not to ask too many uncomfortable questions about his wives, or it may be “Off with your heads!”.

Unlike many historical monuments, the wealth of period actors really help bring Hampton Court Palace to life, transporting you back in time, delighting children and adults alike. To learn more about this top London attraction, visit their website at https://www.hrp.org.uk/hampton-court-palace/.

Contributing Editor Tom Wilkinson makes cocktails in his spare time and podcasts about their history at Dr Wilko’s Campaign for Better Beverages. He also produces 2 other podcasts: Hat of Many Things, on random topics drawn from a hat and Unparliamentary Language about the state of British politics.